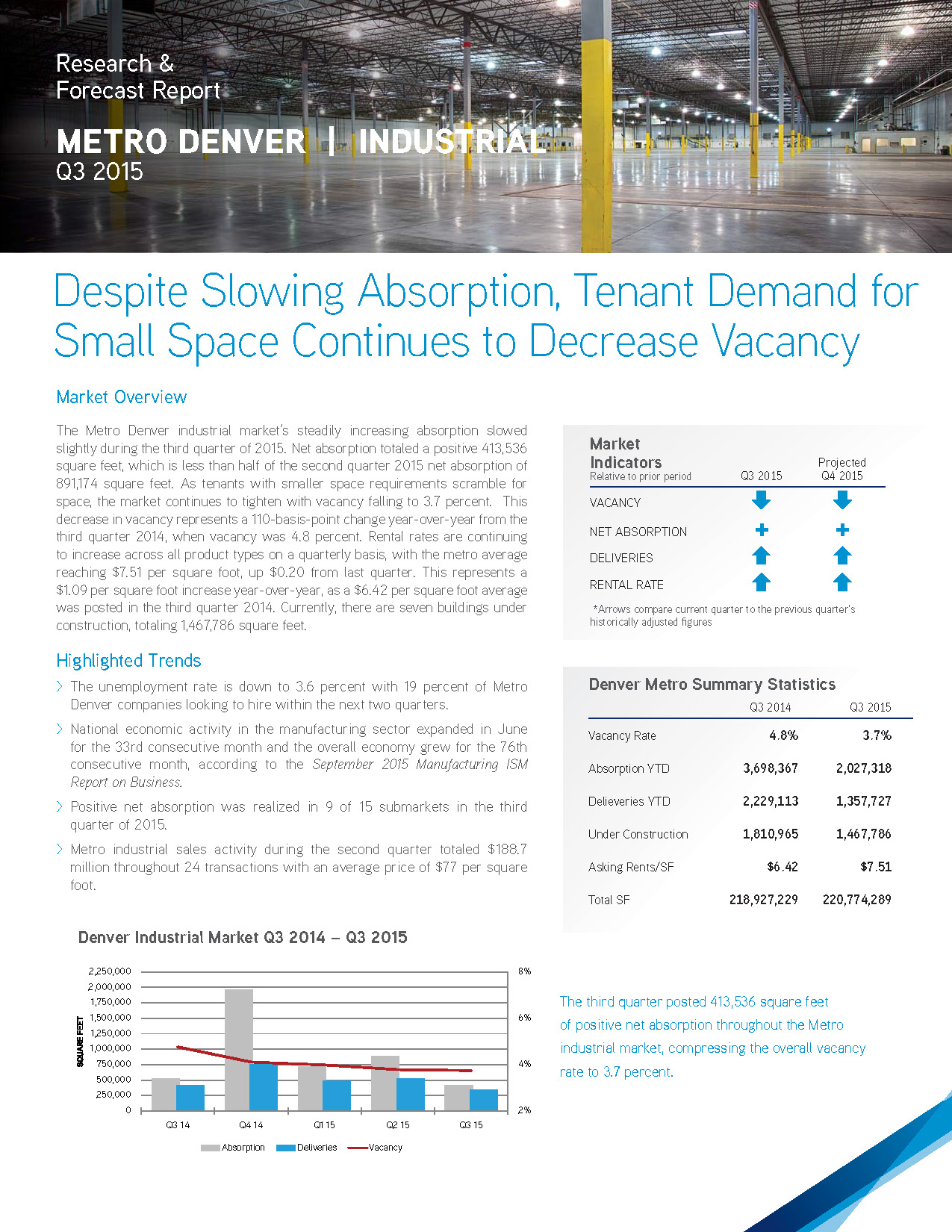 The Metro Denver industrial market’s steadily increasing absorption slowed slightly during the third quarter of 2015. Net absorption totaled a positive 413,536 square feet, which is less than half of the second quarter 2015 net absorption of 891,174 square feet. As tenants with smaller space requirements scramble for space, the market continues to tighten with vacancy falling to 3.7 percent. This decrease in vacancy represents a 110-basis-point change year-over-year from the third quarter 2014, when vacancy was 4.8 percent. Rental rates are continuing to increase across all product types on a quarterly basis, with the metro average reaching $7.51 per square foot, up $0.20 from last quarter. This represents a $1.09 per square foot increase year-over-year, as a $6.42 per square foot average was posted in the third quarter 2014. Currently, there are seven buildings under construction, totaling 1,467,786 square feet. 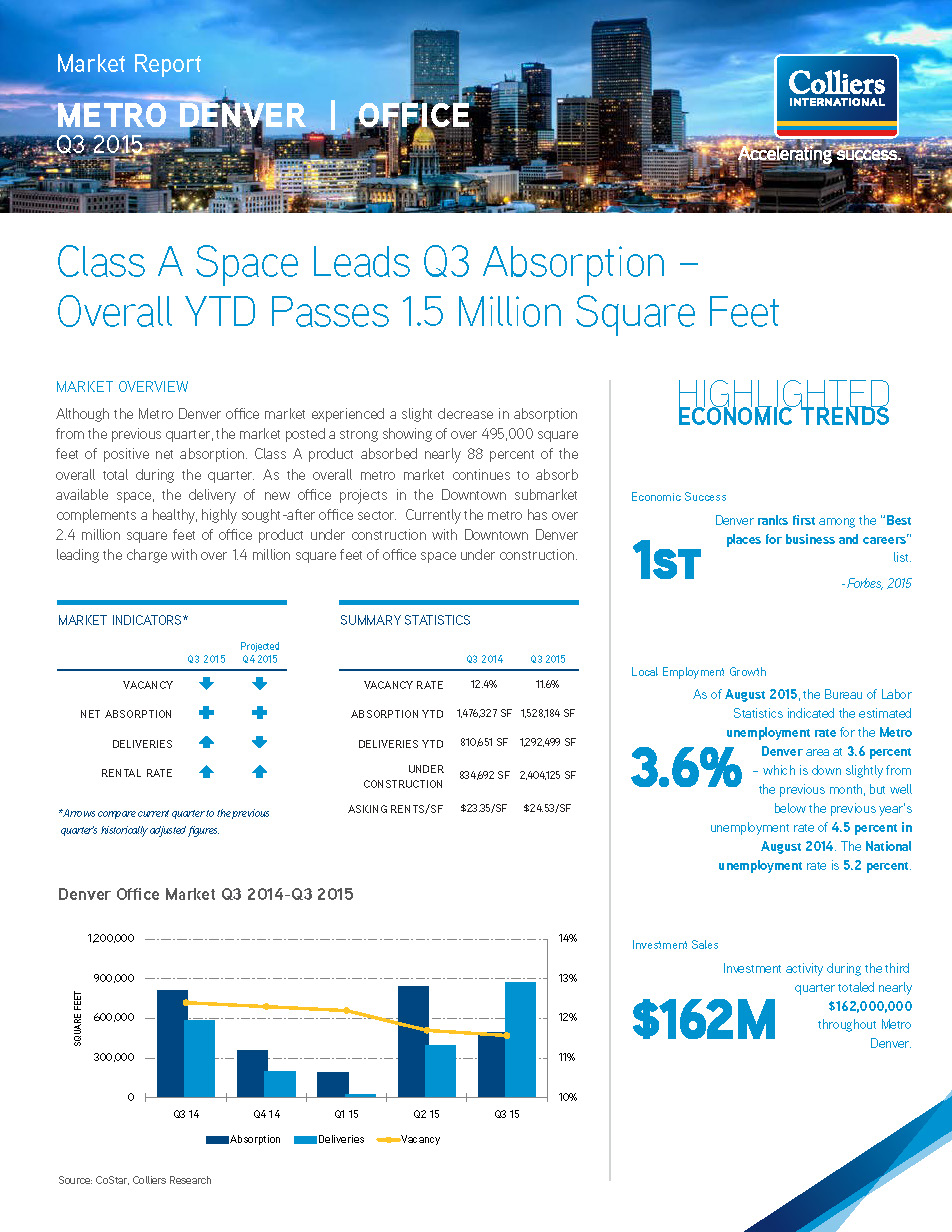 Although the Metro Denver office market experienced a slight decrease in absorption from the previous quarter, the market posted a strong showing of over 495,000 square feet of positive net absorption. Class A product absorbed nearly 88 percent of the overall total during the quarter. As the overall metro market continues to absorb available space, the delivery of new office projects in the Downtown submarket complements a healthy, highly sought-after office sector. Currently the metro has over 2.4 million square feet of office product under construction with Downtown Denver leading the charge with over 1.4 million square feet of office space under construction. 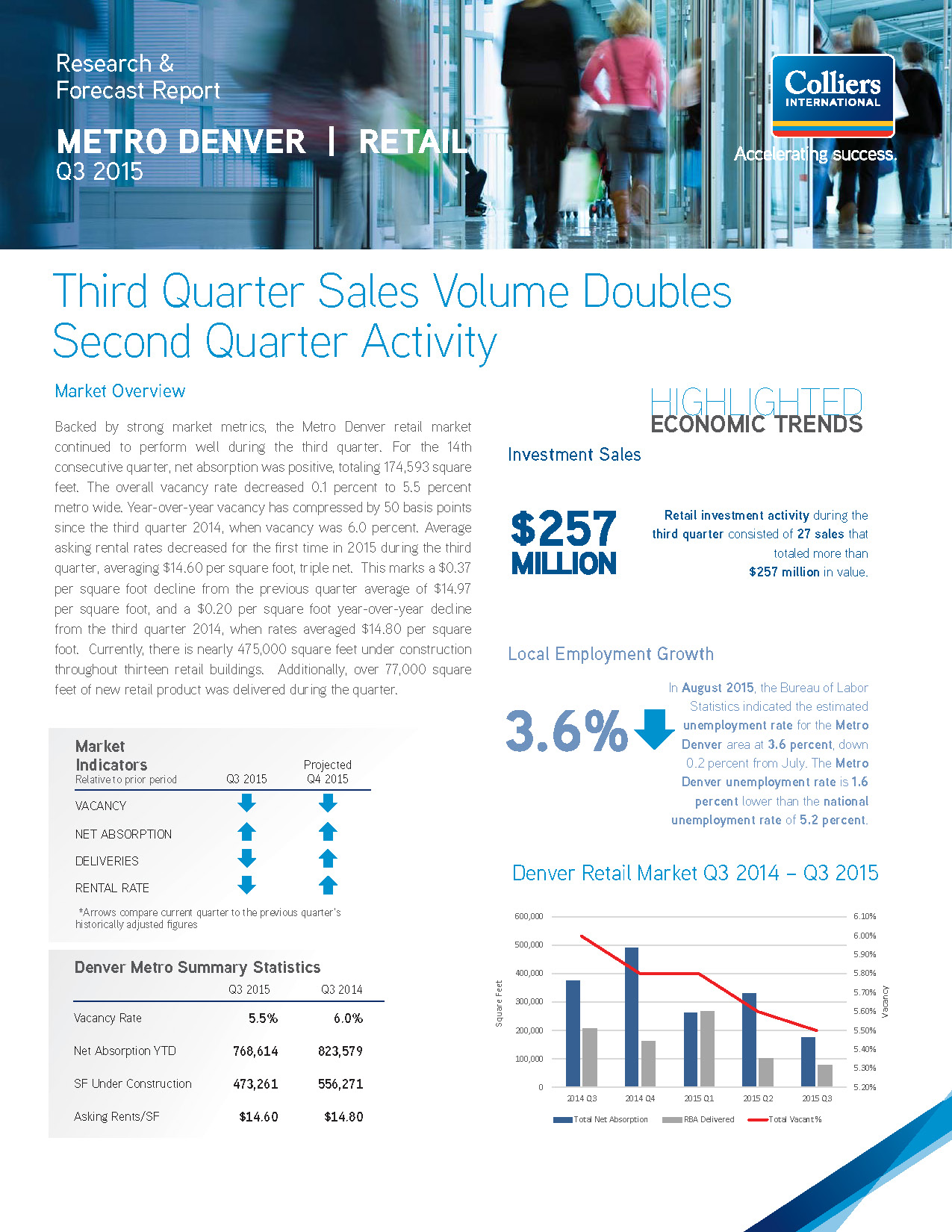