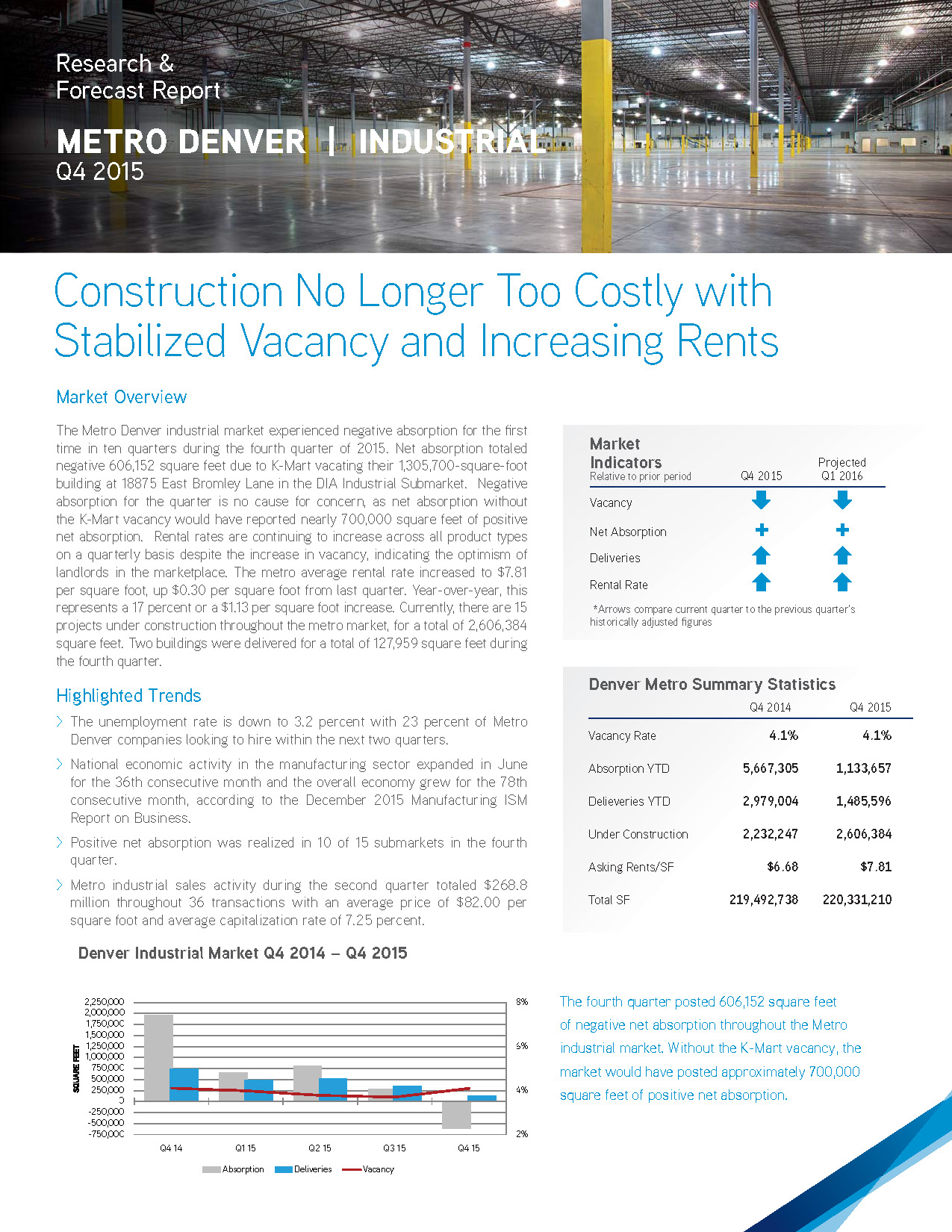 The Metro Denver industrial market experienced negative absorption for the first time in ten quarters during the fourth quarter of 2015. Net absorption totaled negative 606,152 square feet due to K-Mart vacating their 1,305,700-square-foot building at 18875 East Bromley Lane in the DIA Industrial Submarket. Negative absorption for the quarter is no cause for concern, as net absorption without the K-Mart vacancy would have reported nearly 700,000 square feet of positive net absorption. Rental rates are continuing to increase across all product types on a quarterly basis despite the increase in vacancy, indicating the optimism of landlords in the marketplace. The metro average rental rate increased to $7.81 per square foot, up $0.30 per square foot from last quarter. Year-over-year, this represents a 17 percent or a $1.13 per square foot increase. Currently, there are 15 projects under construction throughout the metro market, for a total of 2,606,384 square feet. Two buildings were delivered for a total of 127,959 square feet during the fourth quarter.

Construction activity in the Metro Denver office market has been rampant during the past year. As 2015 came to an end, over 1,930,000 square feet of new office product had been introduced to the metro area – the most since 2008 when nearly 2,398,000 square feet was completed and delivered. As the population of Metro Denver continues to increase, growing the already highly-educated workforce, demand for quality office space will likely remain, if not intensify. With absorption remaining positive since the beginning of the recovery in 2010, and a gradually declining vacancy rate, the highly-diversified Denver office market continues to thrive. 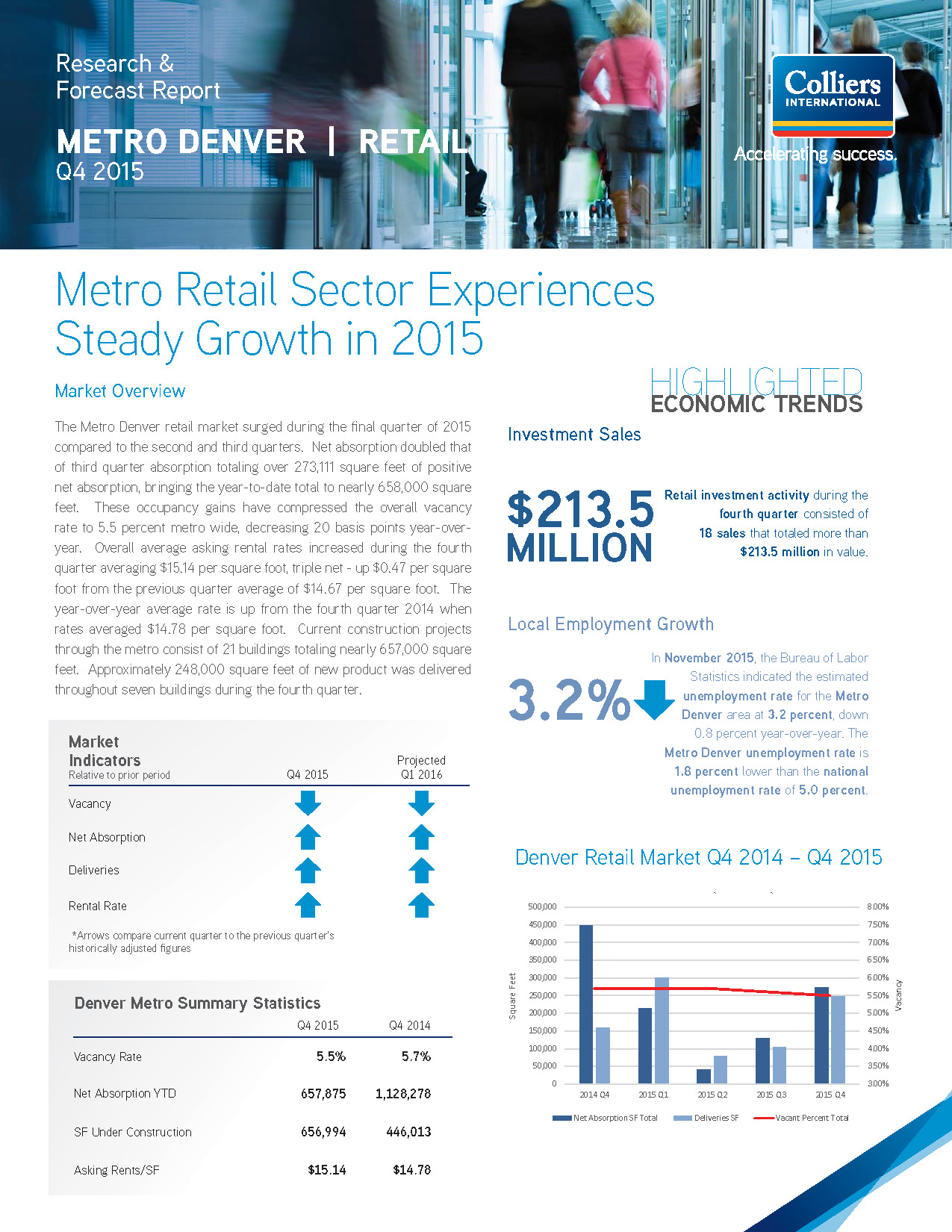