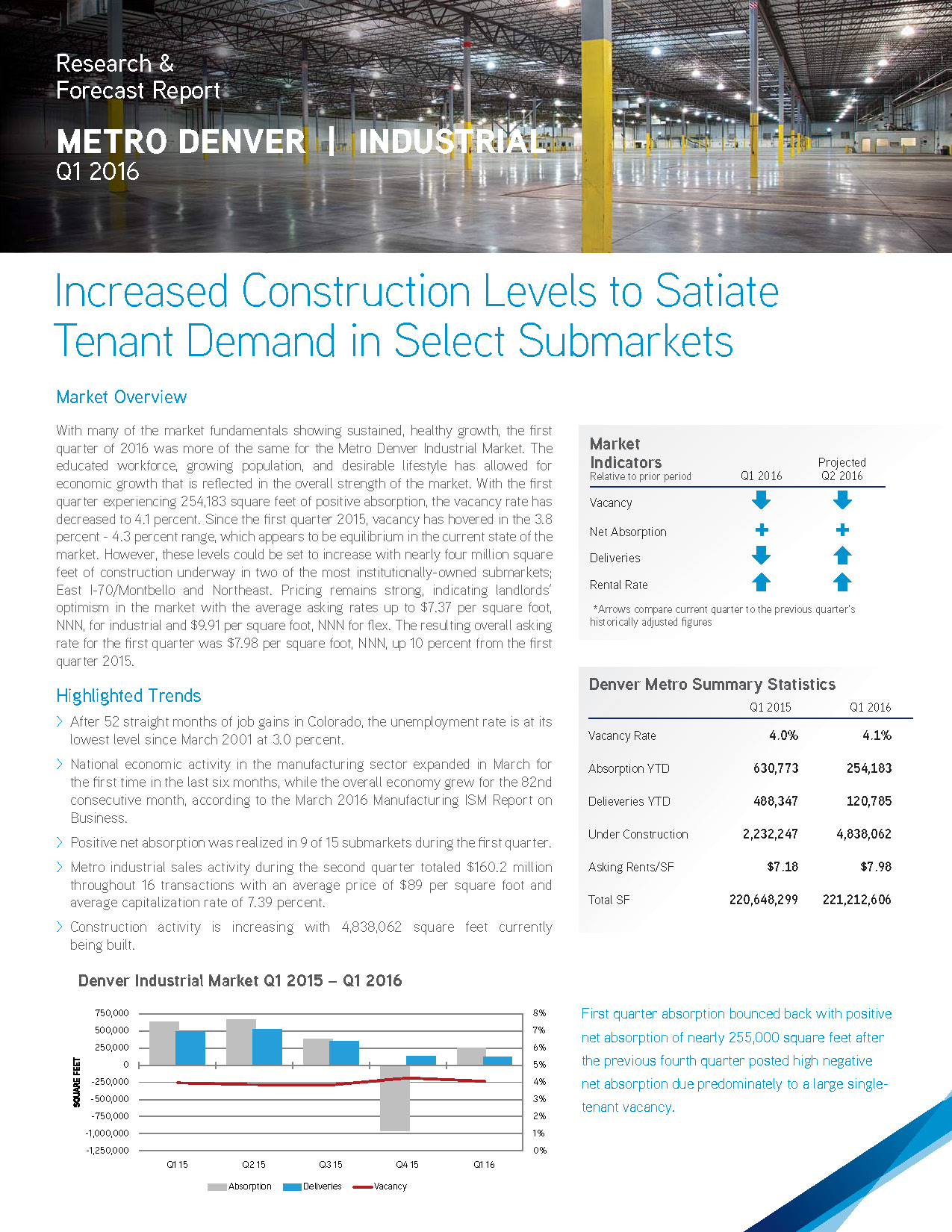 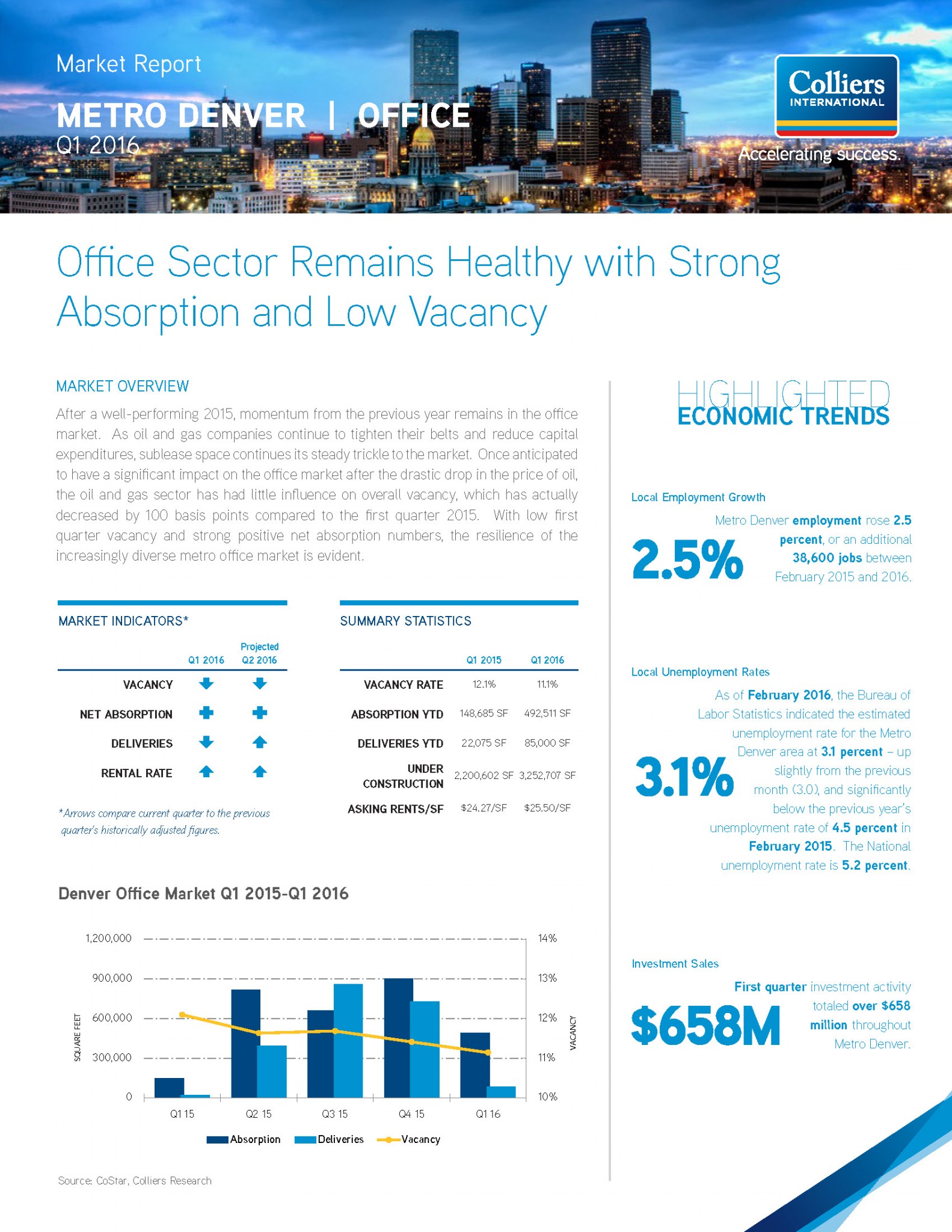 After a well-performing 2015, momentum from the previous year remains in the office market. As oil and gas companies continue to tighten their belts and reduce capital expenditures, sublease space continues its steady trickle to the market. Once anticipated to have a significant impact on the office market after the drastic drop in the price of oil, the oil and gas sector has had little influence on overall vacancy, which has actually decreased by 100 basis points compared to the first quarter 2015. With low first quarter vacancy and strong positive net absorption numbers, the resilience of the increasingly diverse metro office market is evident. 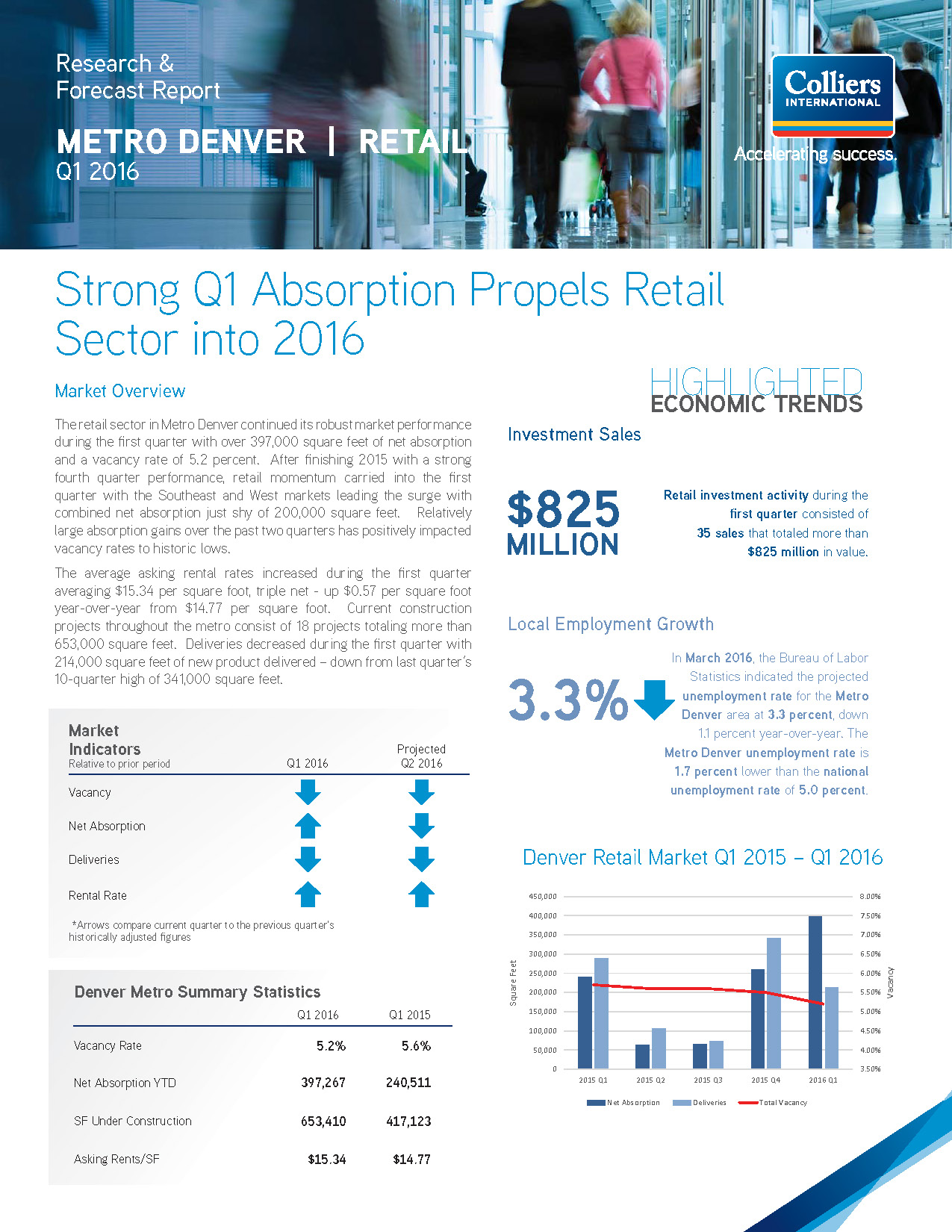 The retail sector in Metro Denver continued its robust market performance during the first quarter with over 397,000 square feet of net absorption and a vacancy rate of 5.2 percent. After finishing 2015 with a strong fourth quarter performance, retail momentum carried into the first quarter with the Southeast and West markets leading the surge with combined net absorption just shy of 200,000 square feet. Relatively large absorption gains over the past two quarters has positively impacted vacancy rates to historic lows.