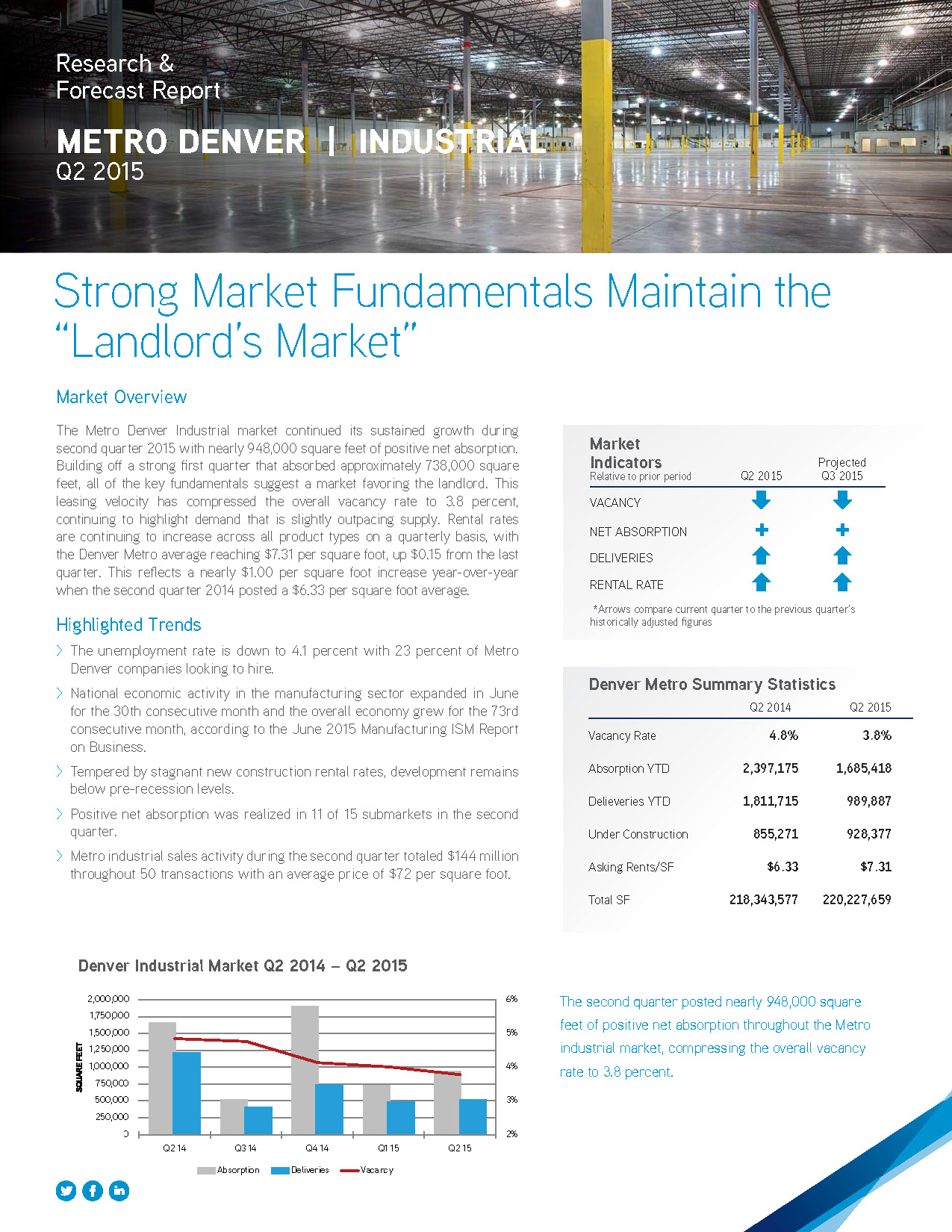 The Metro Denver Industrial market continued its sustained growth during second quarter 2015 with nearly 948,000 square feet of positive net absorption. Building off a strong first quarter that absorbed approximately 738,000 square feet, all of the key fundamentals suggest a market favoring the landlord. This leasing velocity has compressed the overall vacancy rate to 3.8 percent, continuing to highlight demand that is slightly outpacing supply. Rental rates are continuing to increase across all product types on a quarterly basis, with the Denver Metro average reaching $7.31 per square foot, up $0.15 from the last quarter. This reflects a nearly $1.00 per square foot increase year-over-year when the second quarter 2014 posted a $6.33 per square foot average.

The Metro Denver office market gained strength during the second quarter with positive net absorption – doubling first quarter absorption. After an increase in available sublease space over the past three quarters, the second quarter showed positive absorption of approximately 82 percent of the sublease space that has come available since third quarter 2014. Approximately 70 percent of the absorbed sublease space came from the Southeast submarket, and nearly 25 percent was located in the Downtown submarket. The Metro added another 1.1 million square feet of new construction, bringing the total to over 3.3 million square feet of office product currently under construction. Downtown Denver is leading the charge with over 1.8 million square feet under construction – 93 percent of which is Class A product. 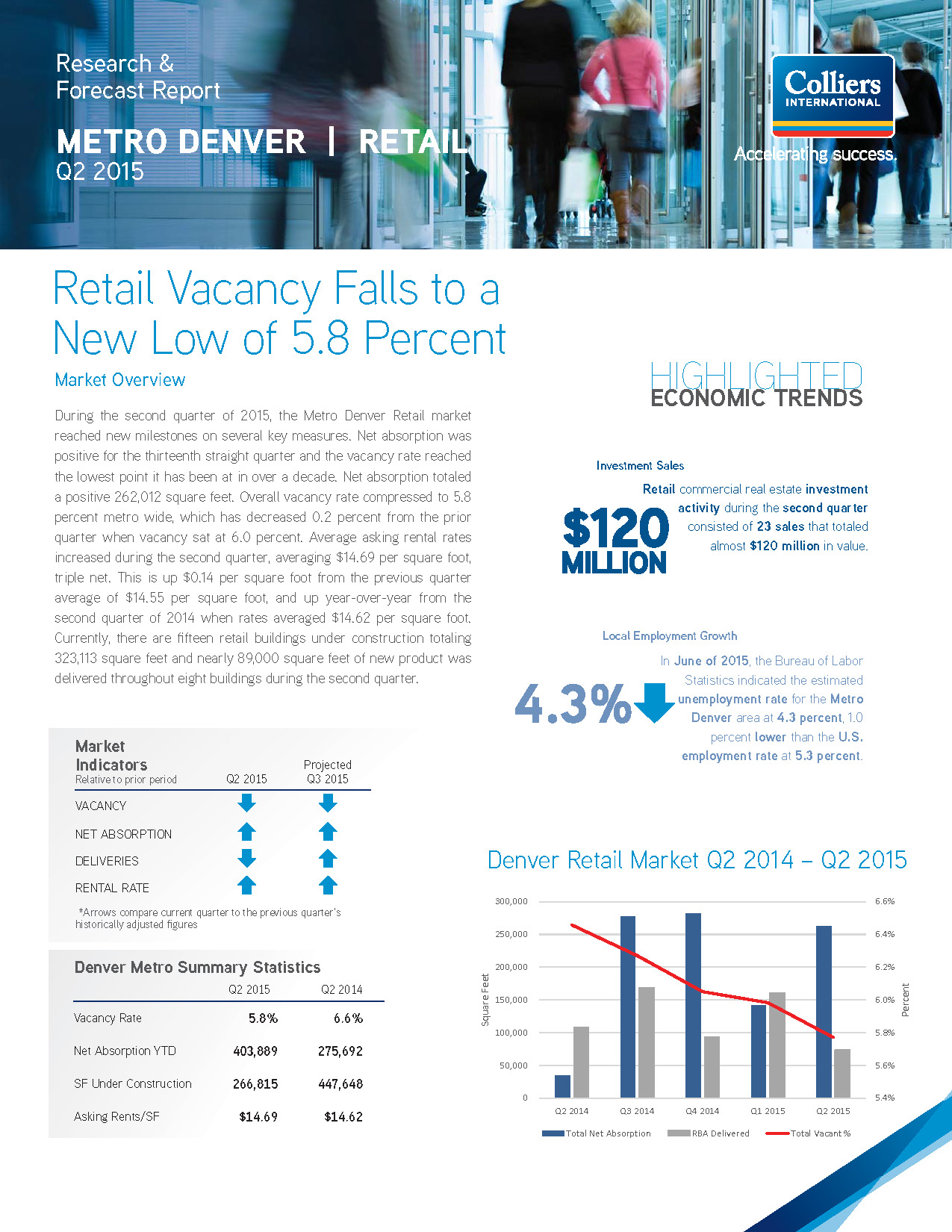