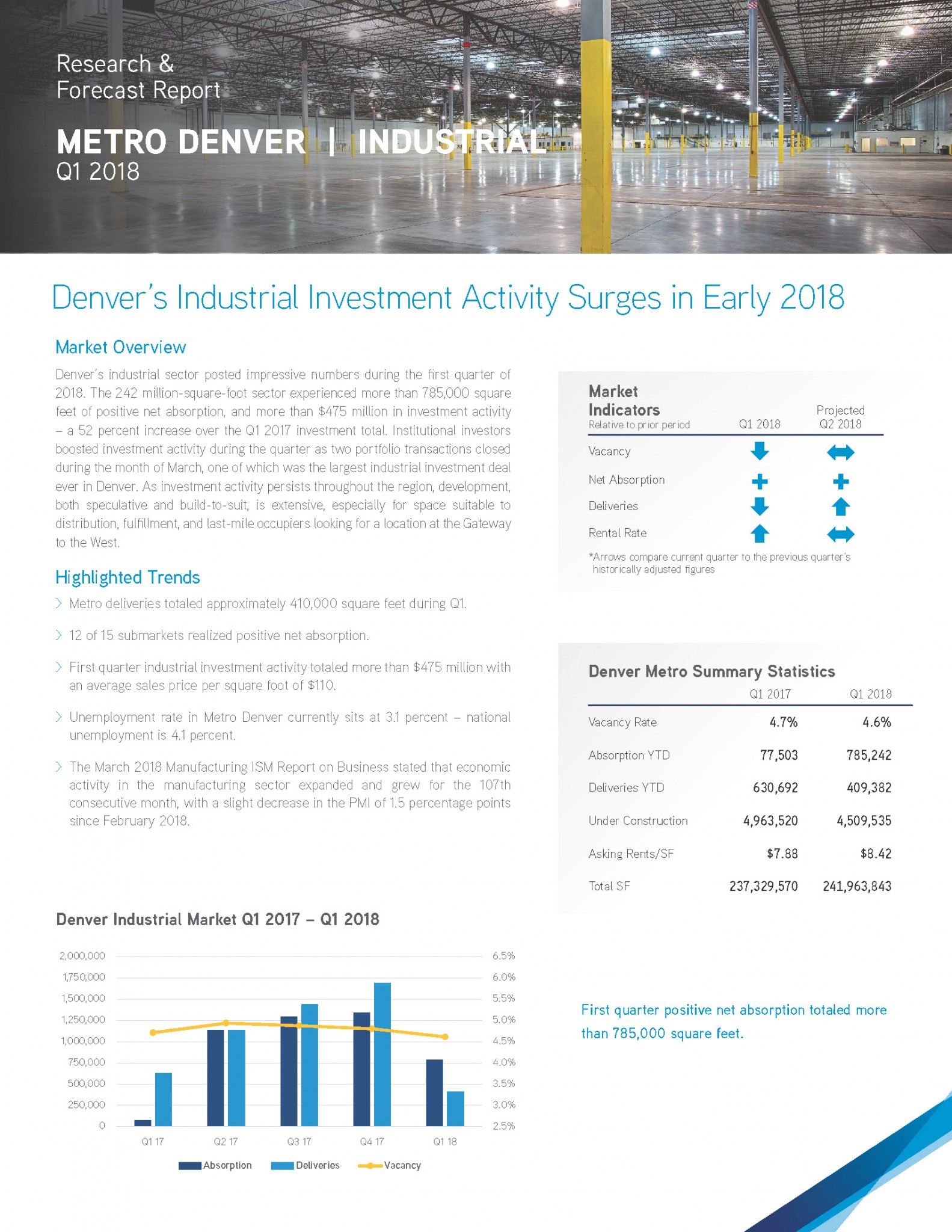 Denver’s industrial sector posted impressive numbers during the first quarter of 2018. The 242 million-square-foot sector experienced more than 785,000 square feet of positive net absorption, and more than $475 million in investment activity – a 52 percent increase over the Q1 2017 investment total. Institutional investors boosted investment activity during the quarter as two portfolio transactions closed during the month of March, one of which was the largest industrial investment deal ever in Denver. As investment activity persists throughout the region, development, both speculative and build-to-suit, is extensive, especially for space suitable to distribution, fulfillment, and last-mile occupiers looking for a location at the Gateway to the West. 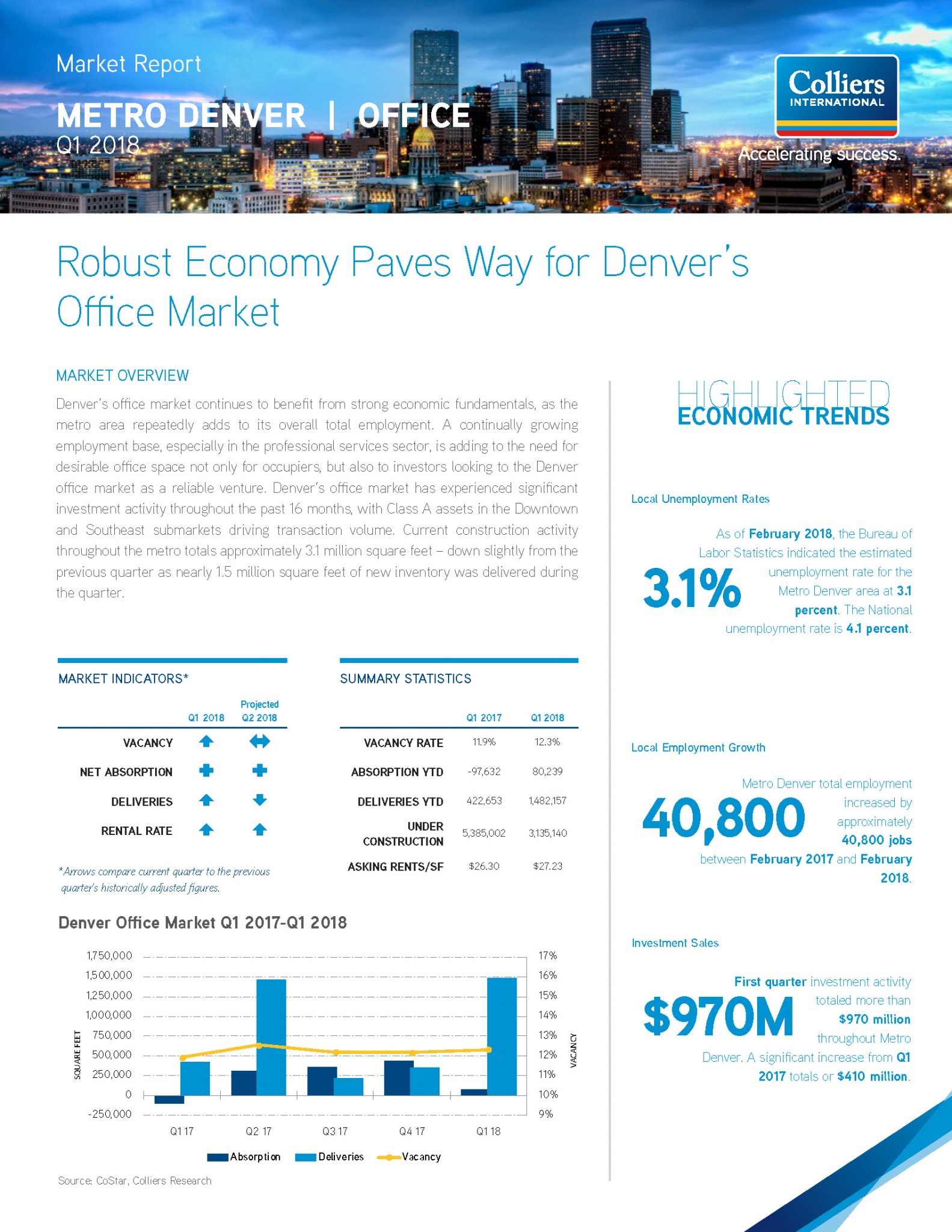 Denver’s office market continues to benefit from strong economic fundamentals, as the metro area repeatedly adds to its overall total employment. A continually growing employment base, especially in the professional services sector, is adding to the need for desirable office space not only for occupiers, but also to investors looking to the Denver office market as a reliable venture. Denver’s office market has experienced significant investment activity throughout the past 16 months, with Class A assets in the Downtown and Southeast submarkets driving transaction volume. Current construction activity throughout the metro totals approximately 3.1 million square feet – down slightly from the previous quarter as nearly 1.5 million square feet of new inventory was delivered during the quarter. 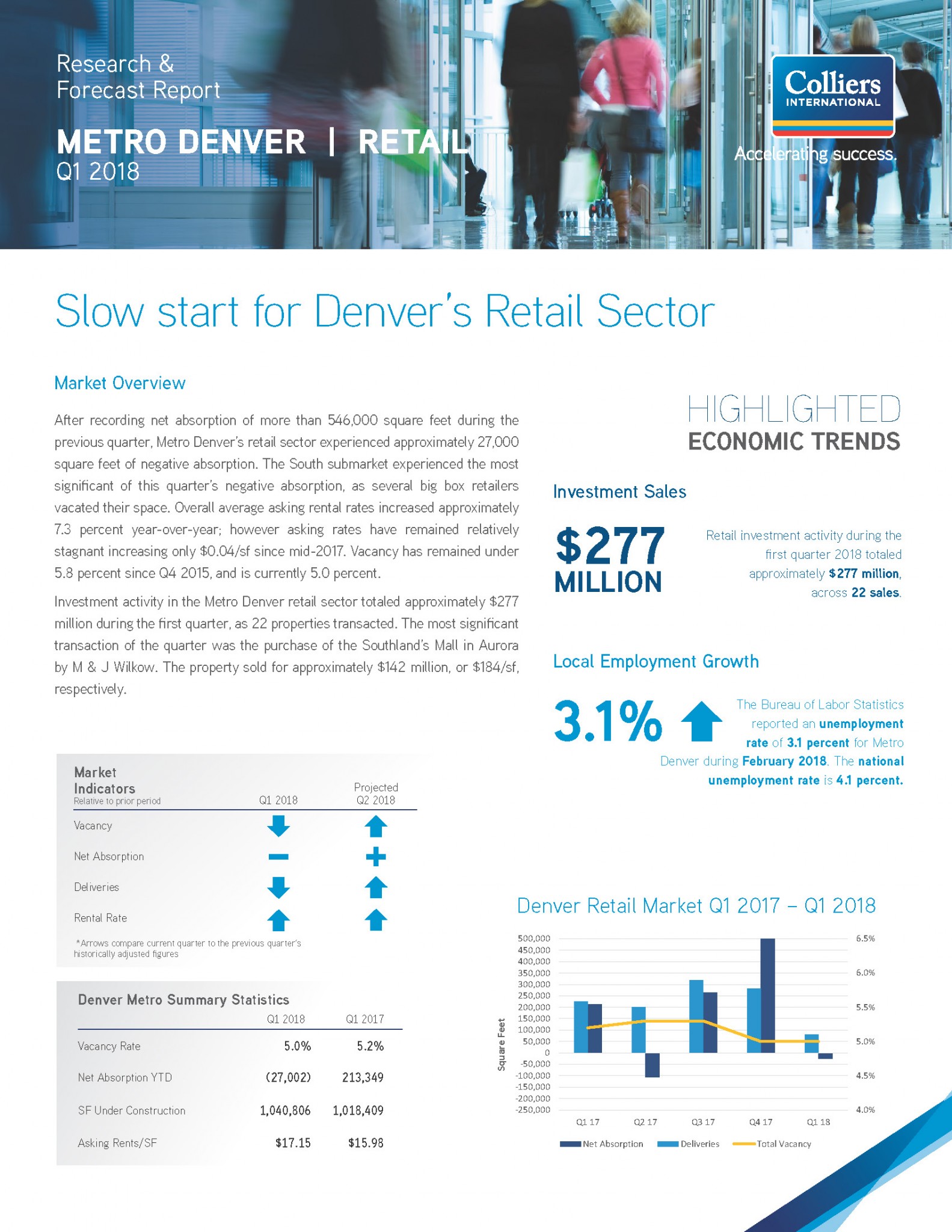 Investment activity in the Metro Denver retail sector totaled approximately $277 million during the first quarter, as 22 properties transacted. The most significant transaction of the quarter was the purchase of the Southland’s Mall in Aurora by M & J Wilkow. The property sold for approximately $142 million, or $184/sf, respectively.