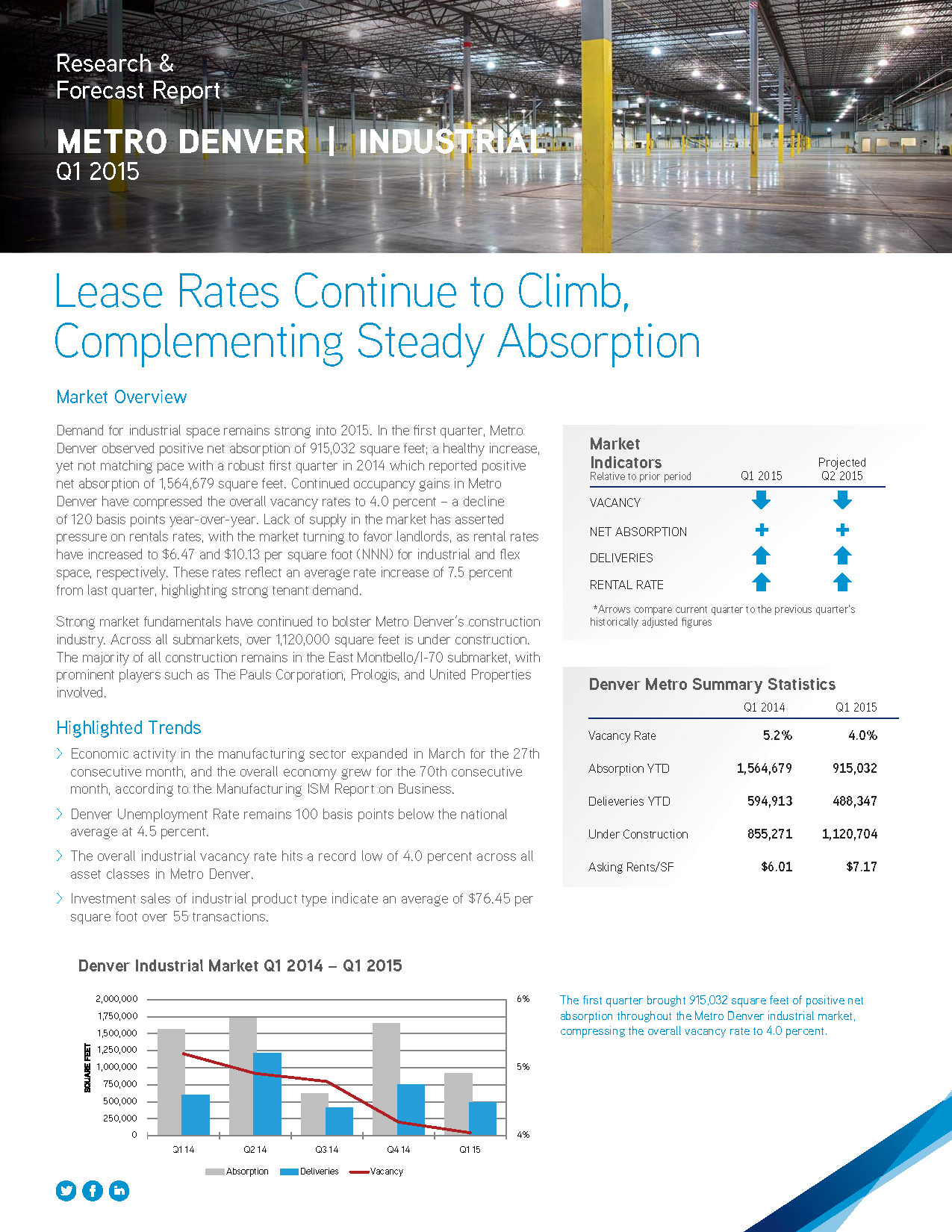 Demand for industrial space remains strong into 2015. In the first quarter, Metro Denver observed positive net absorption of 915,032 square feet; a healthy increase, yet not matching pace with a robust first quarter in 2014 which reported positive net absorption of 1,564,679 square feet. Continued occupancy gains in Metro Denver have compressed the overall vacancy rates to 4.0 percent – a decline of 120 basis points year-over-year. Lack of supply in the market has asserted pressure on rentals rates, with the market turning to favor landlords, as rental rates have increased to $6.47 and $10.13 per square foot (NNN) for industrial and fl ex space, respectively. These rates reflect an average rate increase of 7.5 percent from last quarter, highlighting strong tenant demand.

Strong market fundamentals have continued to bolster Metro Denver’s construction industry. Across all submarkets, over 1,120,000 square feet is under construction. The majority of all construction remains in the East Montbello/I-70 submarket, with prominent players such as The Pauls Corporation, Prologis, and United Properties involved. 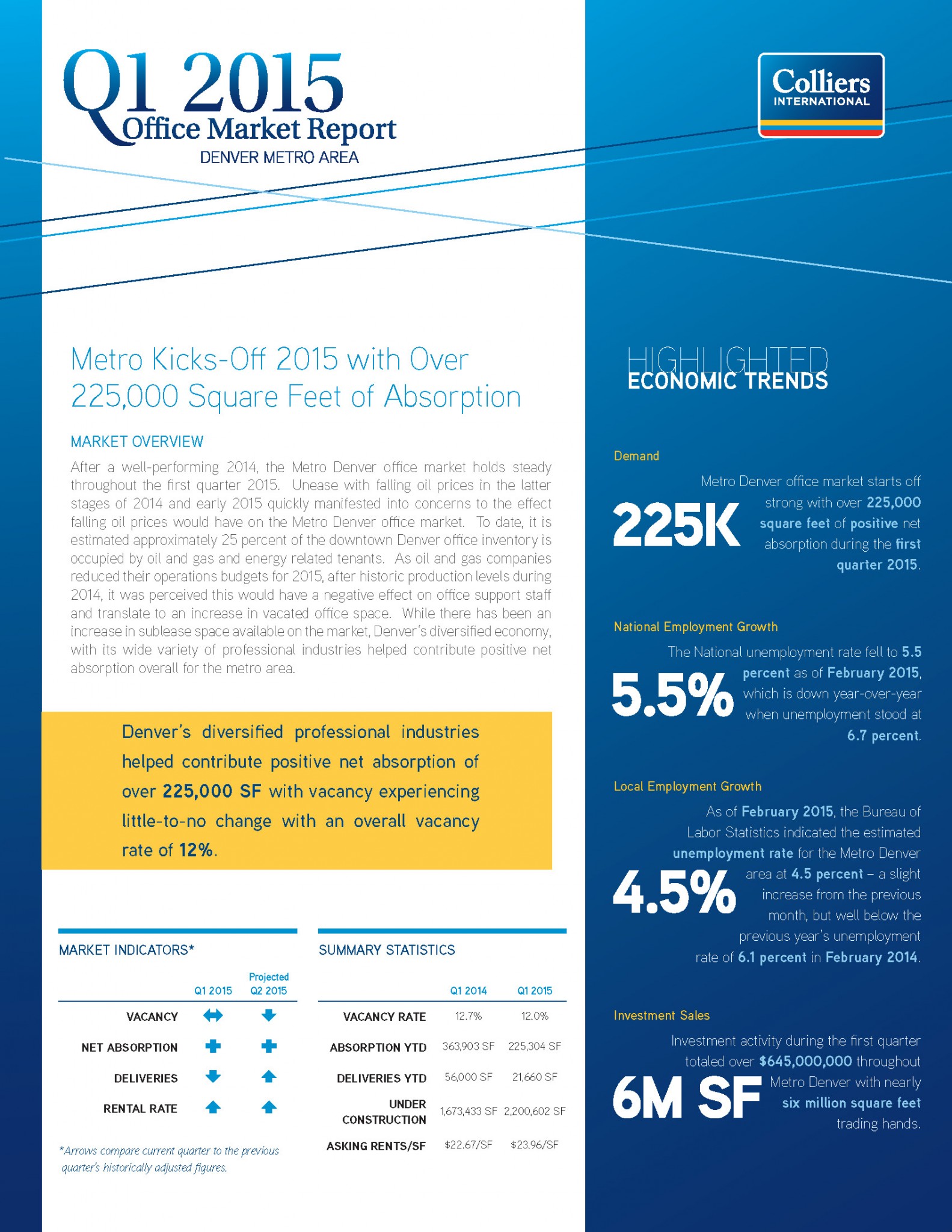 After a well-performing 2014, the Metro Denver office market holds steady throughout the first quarter 2015. Unease with falling oil prices in the latter stages of 2014 and early 2015 quickly manifested into concerns to the effect falling oil prices would have on the Metro Denver office market. To date, it is estimated approximately 25 percent of the downtown Denver office inventory is occupied by oil and gas and energy related tenants. As oil and gas companies reduced their operations budgets for 2015, after historic production levels during 2014, it was perceived this would have a negative effect on office support staff and translate to an increase in vacated office space. While there has been an increase in sublease space available on the market, Denver’s diversified economy, with its wide variety of professional industries helped contribute positive net absorption overall for the metro area. 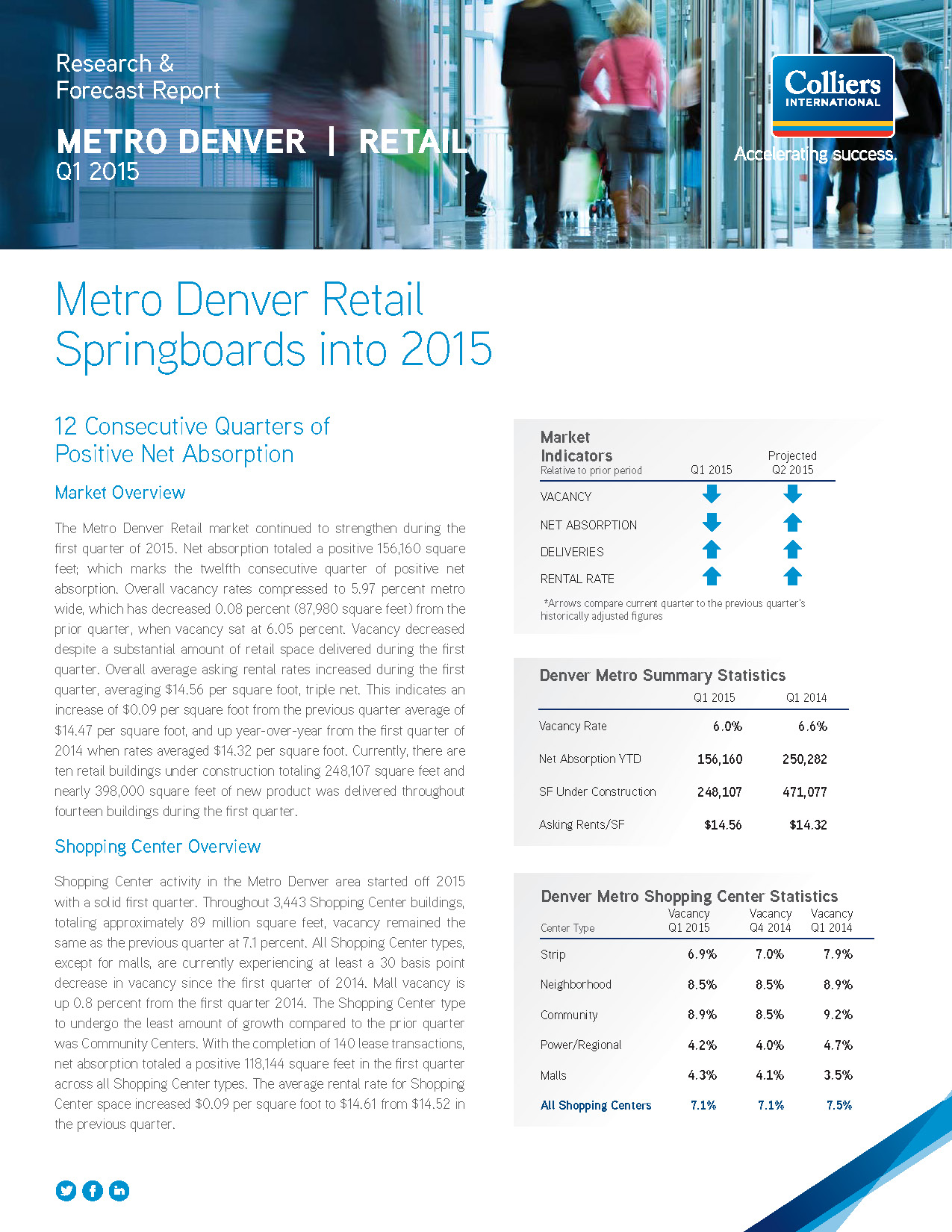