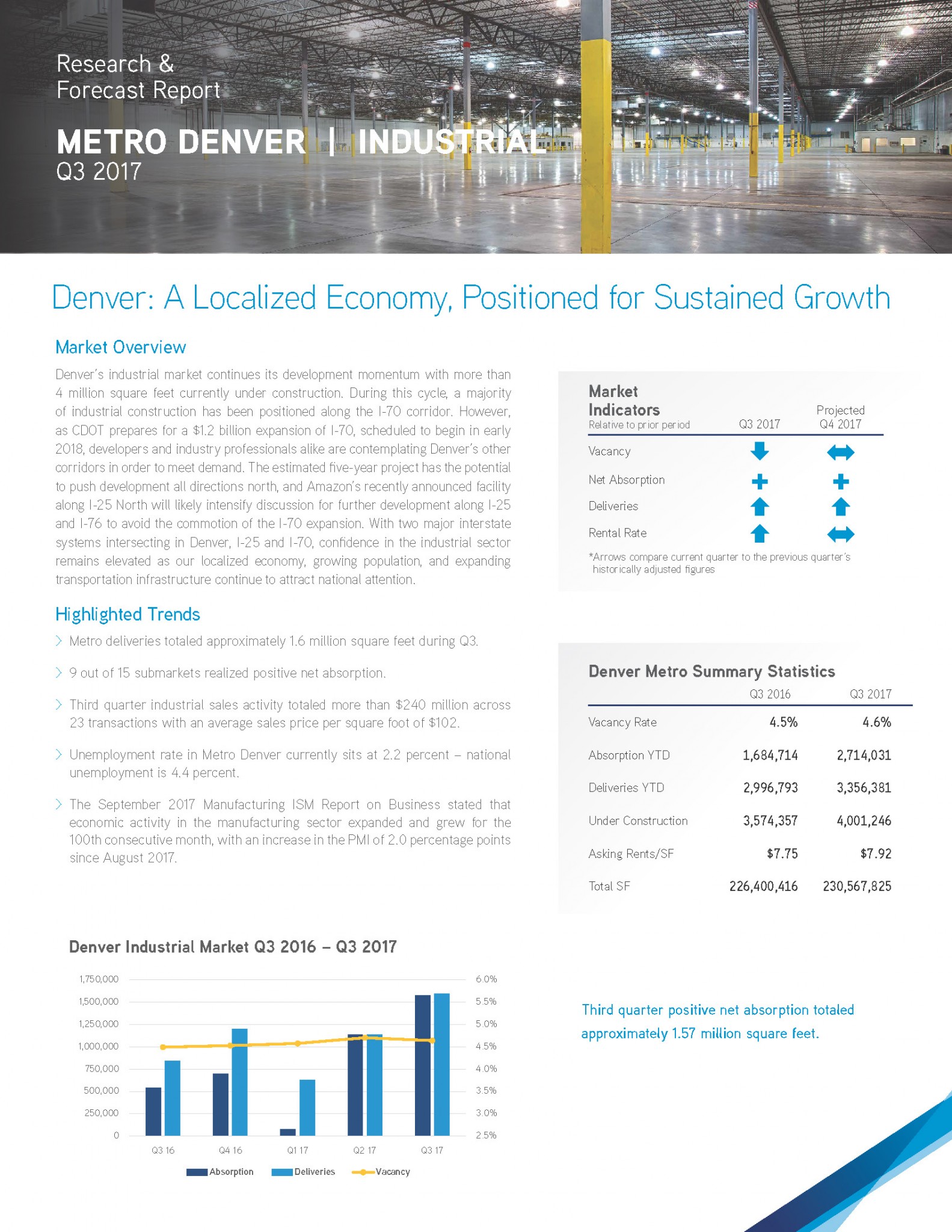 Denver’s industrial market continues its development momentum with more than 4 million square feet currently under construction. During this cycle, a majority of industrial construction has been positioned along the I-70 corridor. However, as CDOT prepares for a $1.2 billion expansion of I-70, scheduled to begin in early 2018, developers and industry professionals alike are contemplating Denver’s other corridors in order to meet demand. The estimated five-year project has the potential to push development all directions north, and Amazon’s recently announced facility along I-25 North will likely intensify discussion for further development along I-25 and I-76 to avoid the commotion of the I-70 expansion. With two major interstate systems intersecting in Denver, I-25 and I-70, confidence in the industrial sector remains elevated as our localized economy, growing population, and expanding transportation infrastructure continue to attract national attention. 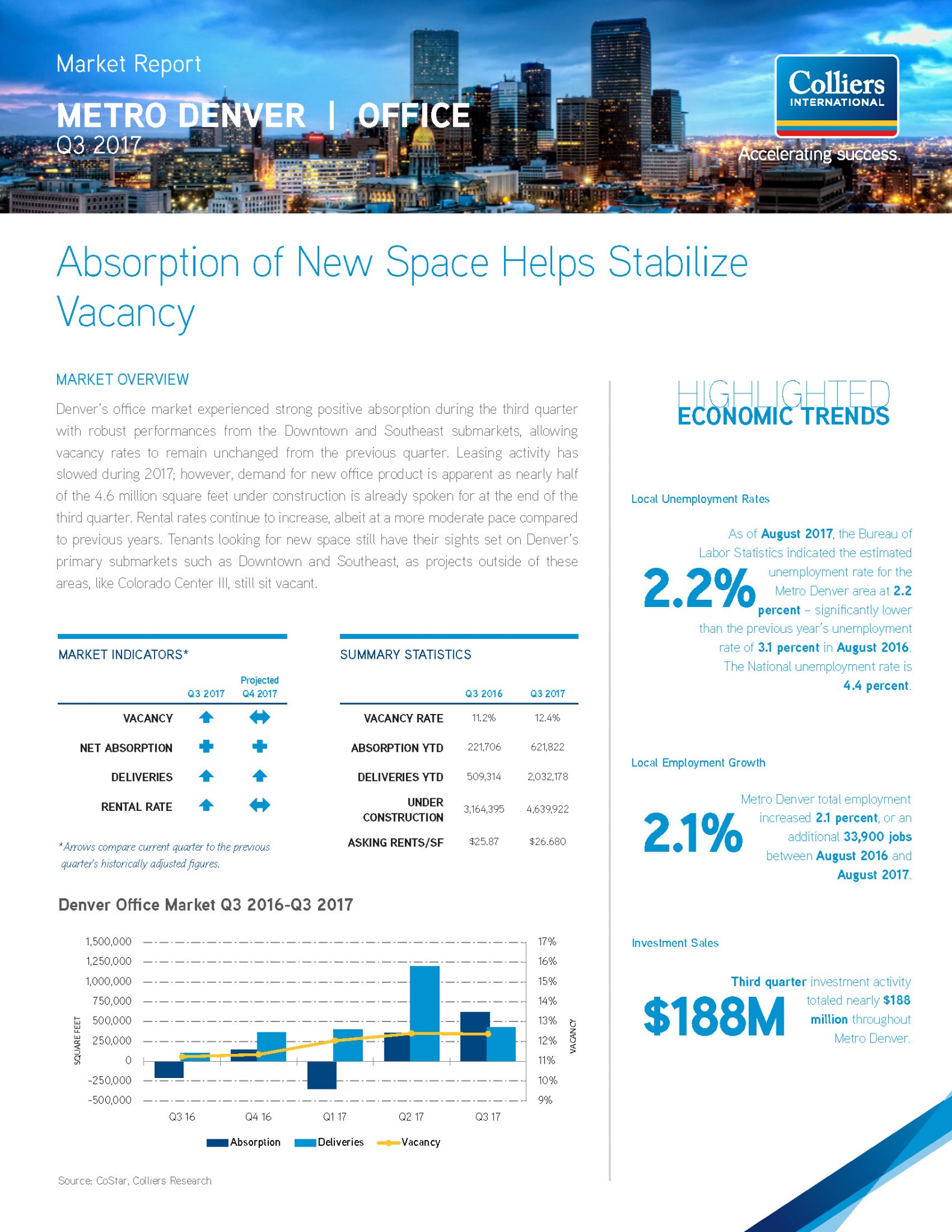 Denver’s office market experienced strong positive absorption during the third quarter with robust performances from the Downtown and Southeast submarkets, allowing vacancy rates to remain unchanged from the previous quarter. Leasing activity has slowed during 2017; however, demand for new office product is apparent as nearly half of the 4.6 million square feet under construction is already spoken for at the end of the third quarter. Rental rates continue to increase, albeit at a more moderate pace compared to previous years. Tenants looking for new space still have their sights set on Denver’s primary submarkets such as Downtown and Southeast, as projects outside of these areas, like Colorado Center III, still sit vacant.

Net absorption rebounded during the third quarter totaling over 382,500 square feet, bringing year-to-date absorption to more than 463,000 square feet. The Northwest submarket contributed a majority of positive absorption for the quarter with Walmart taking occupancy of their new location along West 58th Avenue. Additionally, 24 Hour Fitness moved into the former Safeway building on West 64th Avenue. Average asking rates jumped 69 cents to surpass the $17 per square foot mark, and were reported at $17.11 per square foot. Retail vacancy decreased by 20 basis points from the previous quarter to 5.3 percent.

Investment activity in the Metro Denver retail sector totaled approximately $325 million during the quarter, as 20 properties transacted. This brings the year-to-date total to more than $600 million. There were four sales of shopping centers, each of which traded hands at more than $38 million dollars that accounted for a majority of the quarterly total. Investment activity increased significantly compared to last quarter’s total of $180 million.