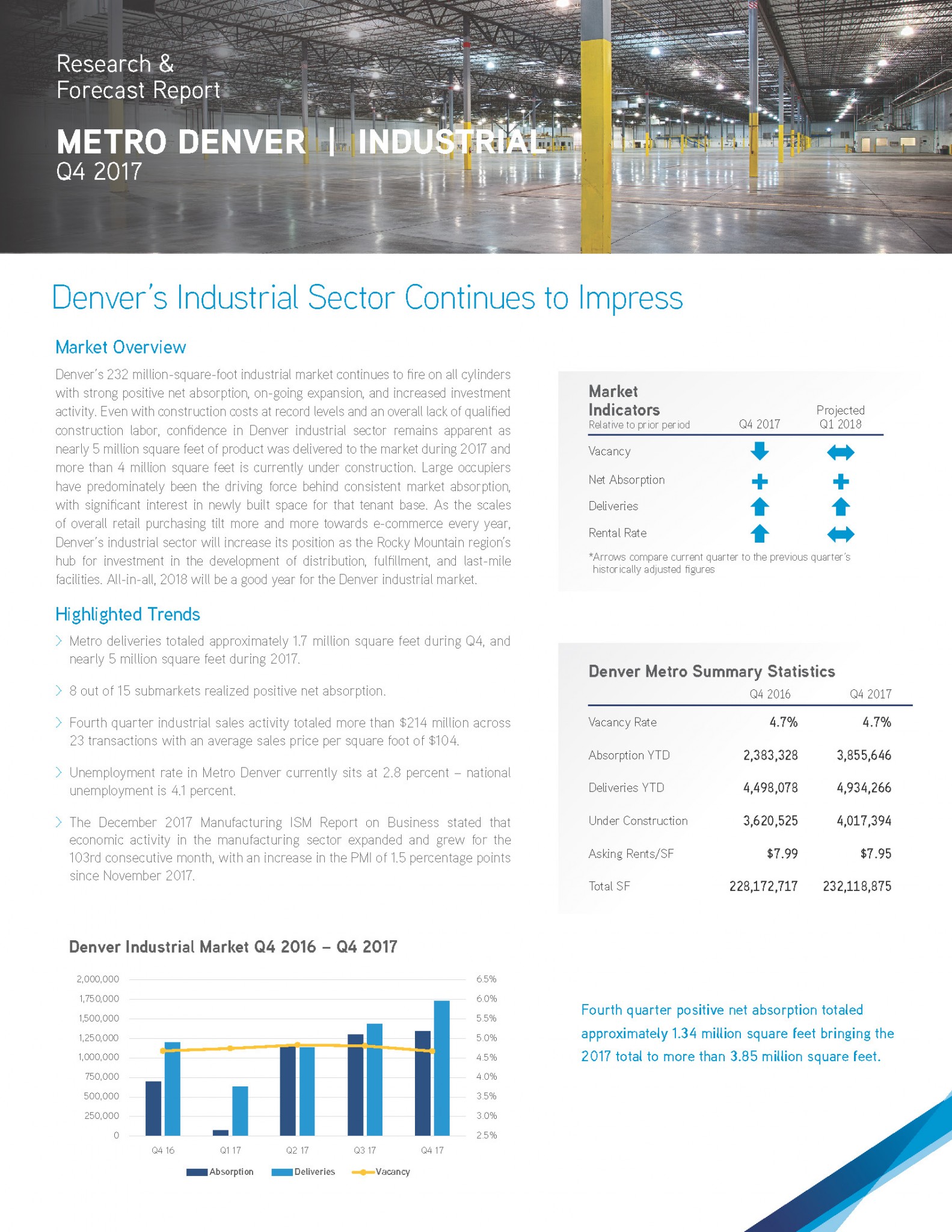 Denver’s 232 million-square-foot industrial market continues to fire on all cylinders with strong positive net absorption, on-going expansion, and increased investment activity. Even with construction costs at record levels and an overall lack of qualified construction labor, confidence in Denver industrial sector remains apparent as nearly 5 million square feet of product was delivered to the market during 2017 and more than 4 million square feet is currently under construction. Large occupiers have predominately been the driving force behind consistent market absorption, with significant interest in newly built space for that tenant base. As the scales of overall retail purchasing tilt more and more towards e-commerce every year, Denver’s industrial sector will increase its position as the Rocky Mountain region’s hub for investment in the development of distribution, fulfillment, and last-mile facilities. All-in-all, 2018 will be a good year for the Denver industrial market. 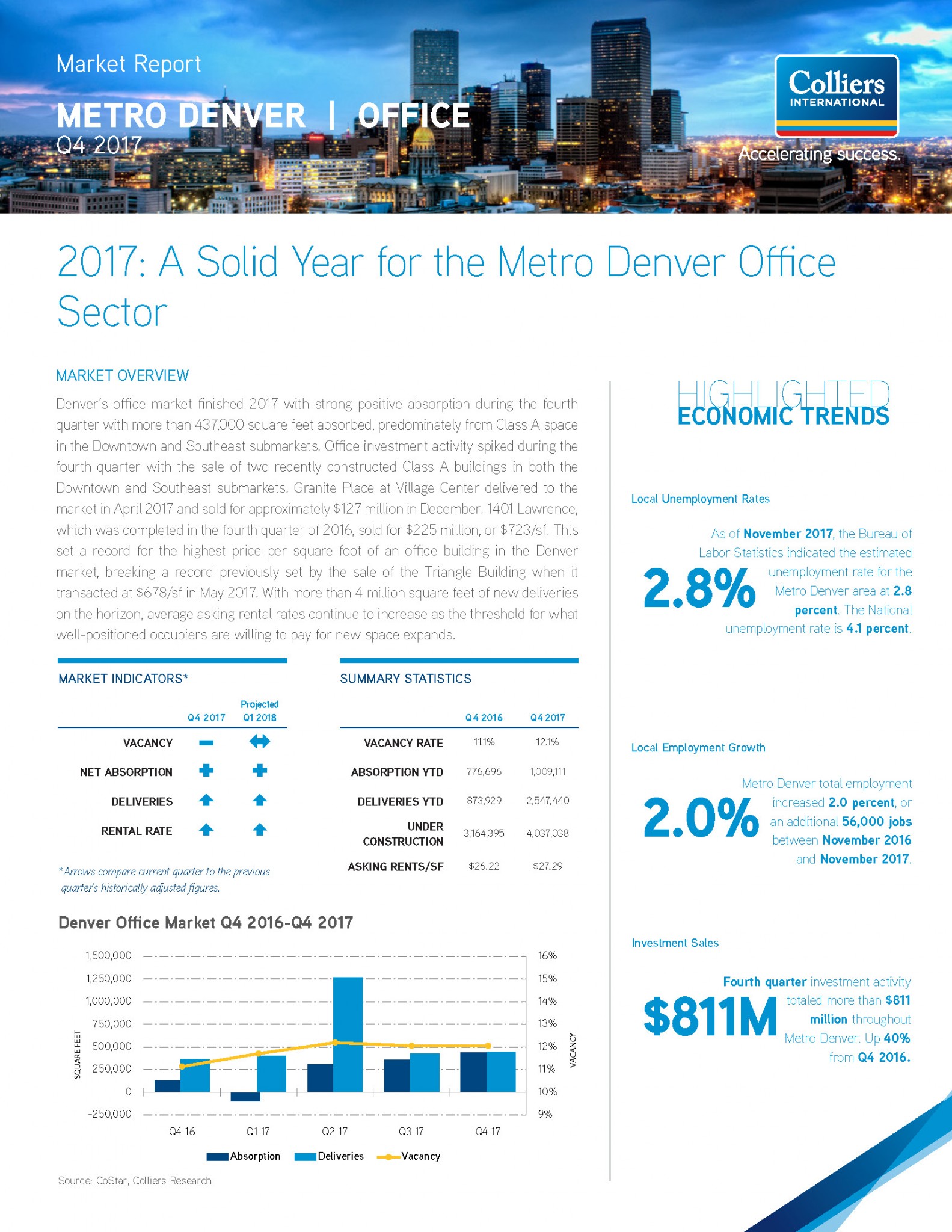 Denver’s office market finished 2017 with strong positive absorption during the fourth quarter with more than 437,000 square feet absorbed, predominately from Class A space in the Downtown and Southeast submarkets. Office investment activity spiked during the fourth quarter with the sale of two recently constructed Class A buildings in both the Downtown and Southeast submarkets. Granite Place at Village Center delivered to the market in April 2017 and sold for approximately $127 million in December. 1401 Lawrence, which was completed in the fourth quarter of 2016, sold for $225 million, or $723/sf. This set a record for the highest price per square foot of an office building in the Denver market, breaking a record previously set by the sale of the Triangle Building when it transacted at $678/sf in May 2017. With more than 4 million square feet of new deliveries on the horizon, average asking rental rates continue to increase as the threshold for what well-positioned occupiers are willing to pay for new space expands.

Net absorption finished the second half of 2017 with strong positive numbers from Denver’s Central and Northwest submarkets. Overall total absorption for the fourth quarter totaled nearly 546,000, bringing total annual absorption to more than 1 million square feet. The Northwest submarket contributed a majority of positive absorption for the quarter with more than 345,000 square feet absorbed. Average asking rates remained unchanged from the previous quarter at $17.13 per square foot. However, this is a 10 percent year-over-year increase on overall average asking rates. Retail vacancy decreased by 40 basis points from the previous quarter to 5.0 percent.

Investment activity in the Metro Denver retail sector totaled approximately $168 million during the fourth quarter, as 24 properties transacted. This brings total investment sales to more than $768 million for 2017. Two significant shopping centers transacted during the quarter. The Shops at Greenwood Village sold for $24.3 million, and Tamarac Shopping Center sold for $20 million, respectively.